The first Korean encyclopedia was published in 1614 and provides the inspiration for our Hundred Year Tea. The author, Yu Su-gwang, tells the story of an old man punishing another man who appears to be even older still. When chastised for punishing the older man, he replies that the other man is actually his son despite his appearance. He is punishing him because he did not follow his instructions to drink hundred year wine each day and now has aged to the point where he appears older than his father. This hundred year wine, known as Baeksaeju, is available in many Asian markets, and is made of numerous spices found in traditional Asian medicine. Our Hundred Year Tea plays on this traditional tale, combining many of the same spices found in Baekseju for a simultaneously sweet, savory, and spicy, green tea. 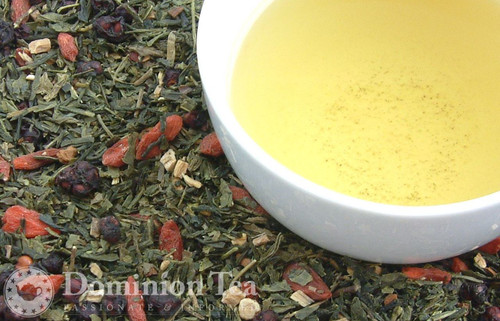