Produced by a small Dai Buddhist family from nearby Brown Mountain, this Yiwu Shu (baked) puerh cake comes from leaf grown on nearby Yiwu Mountain. Tea has been produced on this mountain, and indeed the broader region dating back at least as far as the Qing Dynasty and is highly sought after for the production of puerh. Part of a very small batch of tea produced in 2016 this cake has been produced using the more modern style of puerh production which rapidly produces a smooth earthy flavor.

Each cake is approximately 365 grams.

Puerh Tea from the Dai of Yunnan:

Our 2016 Yiwu Shu Puerh is hand plucked and crafted by a small Buddhist family living near Brown Mountain in the heart of Yunnan Province, China. The family's tea trees average 300-500 years old each as opposed to the more traditional, and heavily pruned tea bushes. All "fertilization" occurs naturally from livestock living on the property and all tea leaves are hand plucked by the family which climb the trees during tea production. 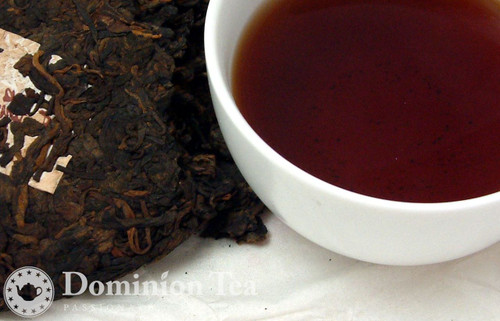